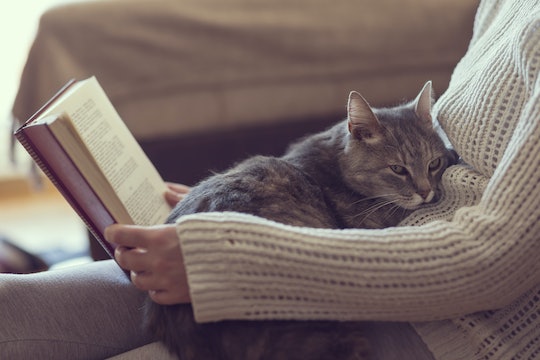 7 Creepy Signs Your Cat Hates You

Cats have sometimes gotten a bit of a bad reputation from people who say that they're not cat people. They get called aloof, creepy, mean, temperamental, and much more. And while some people don't feel as comfortable around cats as others, just because you think that you're a so-called "cat person," that doesn't mean that your cat feels the same way about you that you feel about them. If you examine your relationship with your cat, you might notice some creepy signs your cat hates you, which might tell you more about what could be going on in your cat's little head.

People misunderstand what cats are trying to tell them all the time, even though some long-time cat owners are convinced that they can distinguish between different purrs and meows, different tail swishes and leg rubs. It's not always exactly clear. And while there might be some indicators there that your cat might not feel about you the way that you feel about them, they might also sometimes be showing affection in ways that are hard for you to understand. If you notice certain signs, however, it could potentially mean that your cat might not like you as much as you previously thought that they did.