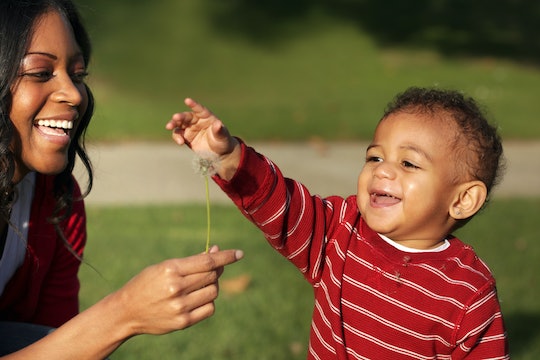 I won't lie, making me laugh is no easy task. It's somewhat difficult for most people to even drag a chuckle out of me but my daughter, however, seems to be able to make me reckless abandon, and with ease. You guys, she's not even two years old. Usually, she makes me laugh without even trying which is, you know, no easy task. Other times, well, it's pretty obvious she's definitely trying (kids loves having an audience). However, whether she's trying or not, she definitely does all of the creepy things kids do that mean they have a great sense of humor which, in turn, makes it even easier for me to bust a gut and enjoy her wonderful oddities.

I'd argue that kids spend the majority of their time being hilarious. What they consider "normal" and their inability to follow social rules and their unabashed honesty creates so many hilarious situations that, well, are as weird as they are funny. Some of these moments may be creepier than others, like when my daughter starts cackling uncontrollably before she was a year old and my partner and I were left completely baffled, wondering what in the world was going on. Still, as perplexed as we were, we though it was funny and we laughed and it was a moment I know I'll never forget.

The fact that my daughter can laugh at the fun, little, almost meaningless but definitely hilariously, weird things in life, almost proves that kids have a better sense of humor than adults. Kids aren't confined to social constructs, or jaded by a certain number of years lived, so the weird things are automatically funny things, and it's awesome. So, with that in mind, if you see your kid doing the following weird things, have no fear; it just means your kid has a great sense of humor that will, no doubt, be beneficial in the future.