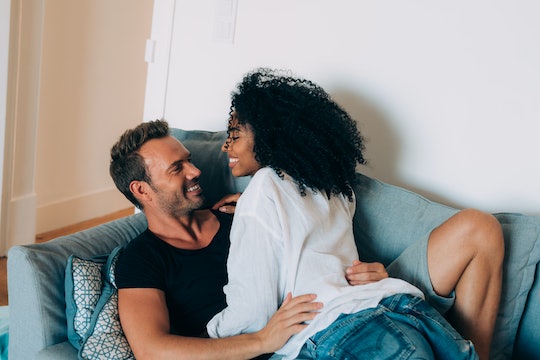 "Too good to be true is an interesting concept, as it subconsciously reflects the ways partners feel about themselves," Silvia M. Dutchevici, MA, LCSW, the president and founder of the Critical Therapy Center, tells Romper in an email exchange. "'Too good' implies that one or both partners feel undeserving of a good relationship. Oftentimes, the people we choose to be in relationships with reflect something about ourselves we are working through, therefore if one partner is insecure, the likelihood that the other is also insecure is high. When two insecure people get together it is highly unlikely that the relationship can thrive."