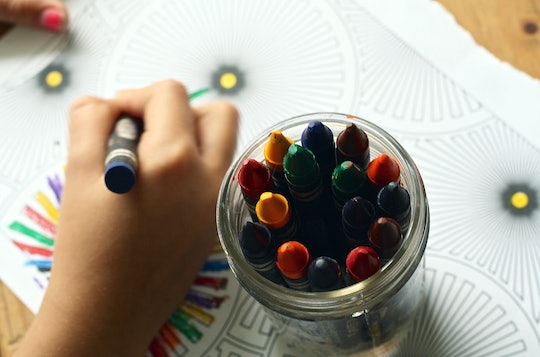 7 Early Signs Your Kid Will Be Creative

When you're the parent of a baby, you often think about the kind of person that they'll become. Maybe they'll be super smart, with mathematical abilities that surpass your own. Maybe they'll be a star athlete, wowing the crowd with their athletic prowess. Or maybe they'll be creative. As they gets older, you may look for signs that help you figure out if your guess was correct. If you're hoping for an artist in the family, you need to know some of the early signs your kid will be creative.

Even if your kid isn't artistically talented, their creativity can help them in other ways and influence other parts of their life. According to an article on the Scholastic website, creativity is a process that can — and likely should — be fostered by caregivers and teachers alike. So even if your child doesn't seem like they're extremely creative on their own, you can still intentionally encourage the development of creativity while they're young. Some kids, however, show signs that they'll be independently creative as they grow up. If your child exhibits these seven signs, it could be an indication that your kid will be creative later on in life, as well.