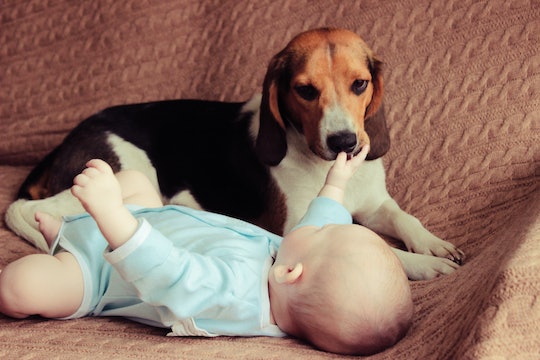 Even if you don't know much about Chinese astrology, you probably know the Chinese zodiac year of your birth. (And if you were born under the sign of a particularly cool-sounding animal, like a dragon or tiger, you might even bring it up in conversation sometimes.) So if you're pregnant right now, you might be wondering what this ancient system of astrology means for your little one. So what are some fascinating facts about babies born in the Year of the Dog?

First of all, it should be noted that 2018 is technically the Year of the Earth Dog, specifically. In Chinese astrology, the calendar is based on 12 animal years which are further divided into five element years (metal, wood, water, fire, and earth), depending on the year the sign occurs, as Your Chinese Astrology explained. The last time any new Earth Dogs hit the scene was way back in 1958!

The 2018 Year of the Earth Dog officially begins on February 16 (and lasts until February 4 of 2019). Of course, your little one will remain an Earth Dog for life — a fact that just might influence everything from her career to her health to her personal relationships. Who knows, these traditionally held beliefs about Chinese zodiac Dogs might just tell you a lot about your baby (before you even meet her!).