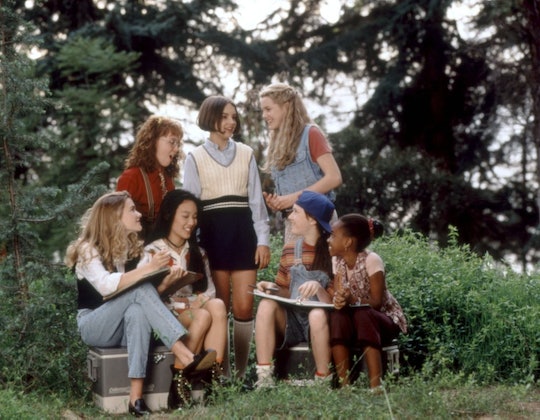 I spent most summers during my childhood reading the classics, like The Baby-Sitters Club. What could be more entertaining than a never-ending series that followed a group of diverse girls as they traversed the dramatic landscape of childhood and entrepreneurship? Yeah, I was a Baby-Sitters Club diehard. I even followed Dawn into her spinoff series, California Diaries. And why? Because the girls were often navigating the same situations I was. And looking back, I’ve realized that there were plenty of awesome feminist moments in The Baby-Sitters Club that I’m only able to notice as a grown-ass woman.

As I grew up, and as I continued reading the books, I realized the series was about so much more than watching children to make a few extra bucks. The series was about friendship, family, being a girl, and navigating the (sometimes) dangerous waters of growing up. The fact that the series was laden with subtle feminism was something I didn’t even realize as a child, but makes me love the series even more as an adult. If you’re looking for the feminist meanings behind The Baby-Sitters Club, but were forced to donate the beloved books, then you’re in look. Here are seven super feminist moments from The Baby-Sitters Club series that will make you even prouder to be a fan of this group of girls.