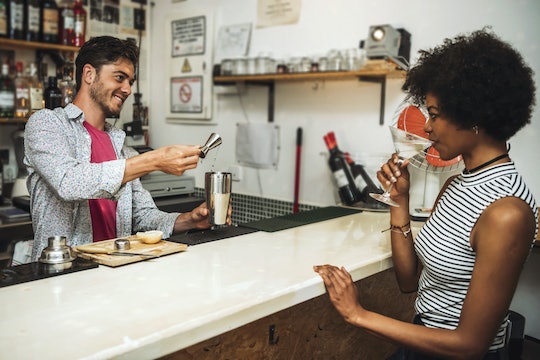 7 Flirtatious Things People Do That Men Don’t Actually Like, According To Men

Flirting, dating, and the like can sometimes be confusing, frustrating, exciting, exhilarating, or about a million other things. And no matter if you're flirting with someone in the hopes that something more will happen, you're flirting with someone for fun, or you're flirting with your partner, not everyone responds to the same flirting techniques in the same way. There are a number of flirtatious things women do that men don't actually like, as well as things that they might not understand clearly as flirting, even if that's how you intended them. And even though people's preferences and the like can be different, when it comes to flirting, some of these things are probably things that you shouldn't do if you're hoping to catch a man's attention in a positive way.

Since people react differently to flirting, come-ons, and more, what worked for you before might not work again with another guy who has different preferences, which makes it sort of difficult to determine what kinds of flirting and dating techniques might be a good idea and which ones are going to completely turn him off. To help with that, Romper asked a group of guys to share some of the things that they don't respond well to in order to get a better idea of what's a bit confusing and what they just don't like.