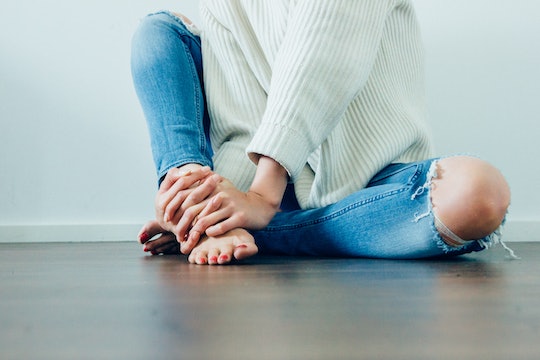 Some women love pregnancy and some, well, not so much. Similarly, some pregnancy symptoms and physical changes are pretty great (glowing skin, thicker hair, bigger boobs, it's not all bad) while others aren't nearly as enjoyable. And as there are some symptoms and changes crop up later in your pregnancy, there are also some freaky signs that you might be pregnant that reveal themselves before you even have the chance to take a pregnancy test, so buckle up because otherwise you just might not be ready if and when they do.

Every woman's pregnancy symptoms are different. Just because your best friend, sister, or mother-in-law had a specific symptom doesn't mean that you'll also experience that very same one. Likewise, you might have the pleasure of experiencing some not-so-great side effects that they were somehow able to avoid when they were expecting. Good or bad, nearly immediately after you conceive, your body will know that something unusual — albeit awesome — is happening before you even suspect anything yourself, let alone know for sure. Some of these things bodily reactions may or may not go unnoticed by you, but they just might be the very first signs that there is be something big going on.

Whether you know that you're pregnant or not, there's no doubt that these very early, very freaky things can happen before you even recognize what's going on.