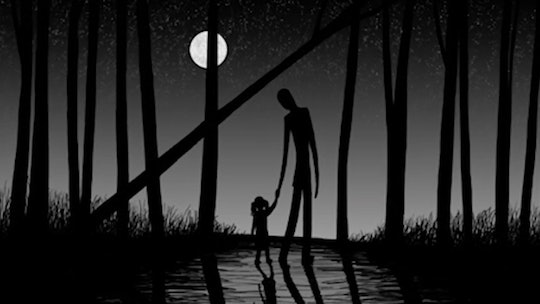 7 Scary Documentaries To Watch Just In Time For Halloween

Guys, the day is finally almost here — Halloween season is upon us! In honor of the spookiest day of the year, why not snuggle up on the couch — after the kids are already in bed, of course — with a blanket and celebrate with a bone-chilling documentary? They're even better than horror flicks because they actually happened. So grab a pillow to scream into and a friend or partner to duck behind when it all gets to be too much, and let's take a look at these Halloween documentaries to watch that will absolutely terrify you.

Confession: I've never cared much for the horror genre as a whole. There, I said it. I would sit through movies like The Ring and walk away annoyed and slightly disturbed. "But none of it is real," I kept telling myself as I watched gory death scene after gory death scene. When it comes to a documentary, though, that little mantra doesn't hold up. And to be completely honest, plenty of atrocities that have gone down in real life are way scarier than any horror dreamed up from someone's imagination. Without further ado, here are seven documentaries to watch this Halloween that are sure to scare you silly.

This deeply disturbing documentary takes a closer look at H.H. Abrams, who is famously referred to as America's first serial killer. I mean, Abrams literally had a torture chamber in his Chicago home back in the 1880s. Enough said. No one actually knows how many victims died at his hands — but the estimate is somewhere between 20 and 200 people, according to Biography.com. If you're an Amazon Prime member, then this film is included for free with your membership.

So apparently The Texas Chainsaw Massacre has some truth behind it after all. This short documentary — which can be streamed directly from YouTube — takes a look at the real-life crimes that inspired the classic horror film.

This HBO documentary focuses on a crime that might still be fresh in your mind. In May 2014, two 12-year-old girls, Morgan and Anissa, took their fellow 12-year-old friend into the woods and proceeded to stab her 19 times, according to HBO.com. A wounded Payton was found with stab wounds by the side of the road near the woods, and national news media quickly took off with the disturbing motive behind the attack. Morgan and Anissa later told detectives they tried to kill their friend in order to appease a fictional online character called Slenderman — depicted as a tall man with a featureless white face. Otherwise, he would hurt their families. (Pretty upsetting, right?) Watch it here.

This documentary is based on the book series that was written by David Paulides. It explores the creepily-similar but unsolved disappearances of five children in state parks over a wide span of time. You can watch it on Hulu.

Killer Legends explores the real-life events that have inspired four popular urban legends that people continue to believe, according to IMDB.com. The true stories behind these urban legends aren't for the faint of heart. If you have a membership, you can stream the chilling documentary on Hulu.

For this terrifying documentary, two filmmakers look into the eerie disappearances of five children on Staten Island — along with the "boogeyman" responsible for the crimes. Catch it on Hulu.

The Nightmare gives viewers a look into a condition called sleep paralysis. People who suffer from sleep paralysis are unable to move as their stuck between being awake and asleep. And let's just say the results aren't particularly pleasant. You can watch it on Netflix. Just be prepared to have your own nightmares after doing so.

And there you have it! If you happen to find yourself with a little downtime between today and tomorrow night — and are prepared to be scared out of your mind with a real-life horror, look no further than this list. Just don't blame me for the disturbing dreams you might have afterward.

This article was originally published on Oct. 31, 2018