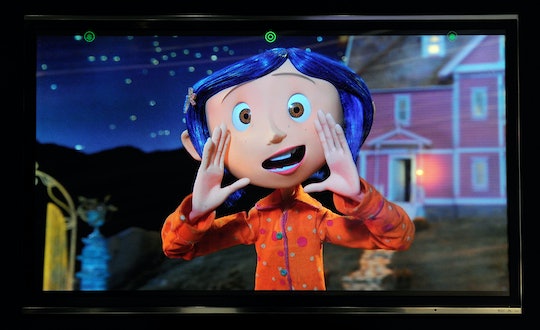 There are certain films that you find yourself watching again and again every year around Halloween. It almost wouldn't feel like fall if you weren't tuning in to Hocus Pocus on TV or trying to find out where to stream The Addams Family. They're fun, nostalgic movies that never disappoint. But these seven Halloween movies you've forgotten about prove there are more options out there. There are plenty of movies that are perfect for Halloween but might be less popular, or just have simply slipped your mind. The movies on this list may not be go-to options for everyone, but they're worth revisiting all the same.

Sometimes during Halloween you want to watch a beloved childhood flick that will comfort you without scaring you too much, especially if you're looking to pass along an old favorite to some younger family members. But it wouldn't be the haunting season without a couple of scares — or at least some creeping dread. Whether it's gothic whimsy you're after or some elegant old school creature features, hopefully this list will have something for you. If all you're looking for is to be reminded that it's been way too long since you've seen that movie, then perhaps you'll get lucky.

The Worst Witch recently saw some new love with a revamped series on Netflix, which is one more reason to watch the original again. Every Halloween movie marathon needs a Tim Curry movie, after all (if not this, then IT, The Rocky Horror Picture Show, or Clue will do the job).

Coraline may have gotten slightly lost in the shuffle when it came to kinda creepy stop-motion kids movies from the mid-00s, but it stands the test of time. It's the kind of movie that will keep both children and parents hooked thanks to its unique and colorful visuals, but it also won't totally scare the pants off anyone.

While Cat People certainly has a dedicated niche audience amongst film buffs, most people probably haven't given this bizarre classic a try. It follows a young fashion designer who becomes convinced she'll turn into a cat if her emotions get out of hand (too sexy or too angry is a no-go, like The Hulk) and her escalating paranoia defines the film.

If you're all Hocus Pocus-ed out but still in need of a whimsical witchy horror-comedy from the 90s starring a Hollywood icon, then look no further: The Witches is the movie for you.

But if zombie romcoms are your favorite genre, then look no further than 1993's My Boyfriend's Back. It didn't get good reviews when it was first released (Rotten Tomatoes gives it a solid 14%) but sometimes you just want to watch something delightfully ridiculous, even if it's not very good.

6. Kiss Of The Damned

Kiss of the Damned definitely isn't family friendly fare, but this obscure vampire movie is necessary if This Is Us has left you with an excess of Milo Ventimiglia thirst. It's heavy on the ambiance and light on literally everything else, but if you're not picky about plot and just want to watch Milo wear t-shirts very effectively, then this is the flick for you.

The Black Cauldron didn't do very well in the box office upon its release, which likely led to its lack of popularity decades later. But why not give it a second chance? You might discover something you missed the first time.

Many of the movies on this list are undoubtedly beloved, but they don't get as much play around Halloween as they should. If it's been a while, then give something forgotten another try. One of these movies could end up a new favorite.