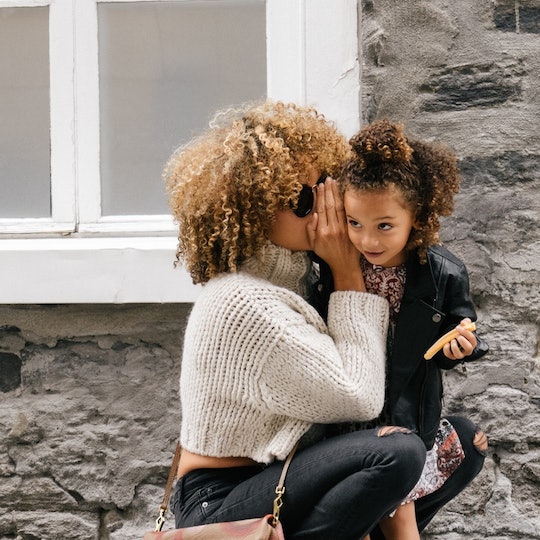 When I was a young teenager, I wrinkled my nose when my mother suggested I was a feminist: “No. I don’t have to be militant. All the big sexist issues have been taken care of.” (Oh, young teenage me, you were such an idiot, for this and infinite other reasons.) Later that year, in my psychology class, I was subjected to a barrage of commercials from the 1950s to the modern era, highlighting the sexist ways women have been depicted and marketed to in American advertising. I was shocked by the early commercials; The sexism was so blatant and offensive. But seeing the progression from the ‘50s highlighted that things hadn’t gotten less sexist — sexism had merely evolved and I was just used to the more modern version. I went home that day and apologized. My mom smiled smugly. All this time, she had known I was a feminist, but now I finally admit it, and her goal as a feminist mom was realized.

As someone who benefitted tremendously from having a feminist mom, and whose feminism became a huge aspect of who she is, I was determined to ensure a similarly egalitarian upbringing for my own children. I want them to grow up knowing that the way things exist are not always the way they should be. Sexism, racism, and general inequality pervade every aspect of our society and it will take awareness and effort to set things right. I want to empower and equip them to shatter existing paradigms. I want them to understand where they fit in to all of it, and where other people fit into all of it. I want to teach them about the battles that have been won, the battles still left to fight, and the battles that don't even affect them personally but that they still need to fight for.

I’m not saying I’m going to talk to my toddler and preschooler like a grizzled member of the French Resistance, smoking a Gauloises and polishing a gun as I expound upon the importance of revolution. But there are age-appropriate ways to introduce the core values of feminism that kids will be able to grasp from their earliest days, and this is how the earliest seeds of these complex lessons are first planted.

More Like This
34 Instagram Captions Perfect For Preschool Graduation Photos
17 Best Potty Training Products For Toddlers
From Captions To Gifts, These Are All The Kindergarten Graduation Ideas You Need
Fun Ways To Celebrate National School Nurse Day