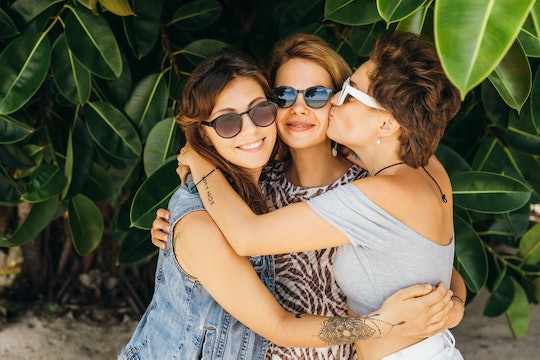 How much of someone's personality is determined at birth, and how much is influenced by their environment? It's a big question that may be difficult (or even impossible) to answer completely for some time. However, there are apparently some common innate personality traits that people may not be able to change, at least not easily. For the most part, it looks like at least some parts of a person's traits are determined by genetics.

Granted, the subject of human personality is tricky to study, because people are such complicated creatures. How can you ever determine whether the personality is a product of a person's genetic makeup or their environment? Many experts seem to accept a mix of the two. "There is an inherent foundation we are born with when it comes our personality traits," says Travis McNulty, licensed psychotherapist and an owner of a group counseling center. "However, biological, social, and psychological environmental influences can drastically change a person’s personality for better or for worse." Although it might be difficult to parse out what exactly gets changed by the environment the most, there are at least some traits that appear to be present in a person from day one. Here are some of the most likely innate personality traits, according to experts.

More Like This
How To Make Santa Footprints
How Many Elves Does Santa Have?
70 Christmas Dad Jokes That Are Sure To Sleigh
Moms, Just Eat The Fruit Dammit