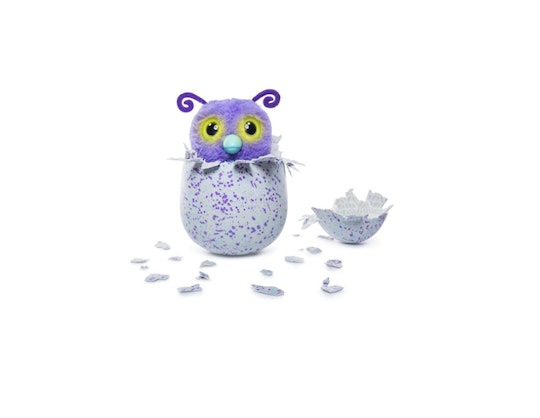 With just days to go until Hanukkah and Christmas, some shoppers are feeling a bit frantic as the last hope to get their hands on the hottest toy of the season dwindles. There are increasingly few options for parents who need a last-minute Hatchimal. According to CNBC, Toys "R" Us, Target, and Walmart all recently restocked their Hatchimal supplies, but typically, they're gone as soon as they arrive. Sporadic shipments are expected throughout the end of the month and into January, but let's face it, if your kid wants one, they're probably expecting it this weekend. So what's a parent to do?

Relax, you're not completely screwed. It's not too late to make your kid's holiday a magical one. First of all, try focusing on all the other things that make the holidays special, like hot cocoa, a week off from school, and maybe sledding, if you're into that sort of thing. Go on a walk or a car ride to check out all the decorations in your neighborhood. Do some volunteer work. Then, you'll realize that your kid is a kid, and kids are self-centered and materialistic, and they still want that Hatchimal. Then, choose one of the following options: