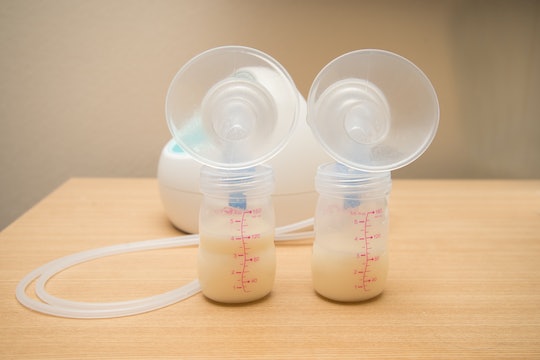 7 Myths About Increasing Your Milk Supply You Should Never Believe

I hate to break it to you, but you can't believe everything you read. Especially when it comes to motherhood, breastfeeding, and all things related to child rearing. People's opinions are valuable — though not always factual — and just because something worked for someone else doesn't necessarily mean it's rooted in unfaltering fact. Most moms have enough to worry about as it is, and if low milk supply is one such worry on your mind (as it is for most nursing moms), know that there are plenty of myths about increasing your milk supply you should never believe.

Although there are many moms who swear by certain methods of increasing your supply or others who are hell-bent on convincing you that your supply is low, most of these "methods" are hit and miss at best and mythical at worst. According to a study conducted by the Center for Health Disparities Research at the University of PA, many women have a "perceived notion of insufficient milk supply" that often causes them to stop breastfeeding earlier than they otherwise would have. These myths probably play a large role in that perceived notion.

As a new-ish mom myself, I can relate to the stress of a million different influencers pulling you in a million different directions. And though I'll never claim to have all of the answers, I've learned the importance of sifting through the conflicting advice I receive and applying only what truly works for me and my babies. Because motherhood is stressful enough without the "old wive's tales" (is that even a phrase anymore?) making you second guess yourself.

More Like This
Here’s How Many Calories You Burn When Nursing
20 Weird But Genius Health & Beauty Tools For Babies
10 Ways Breastfeeding Is Good For Moms, Too
How Hot Is Too Hot For Babies? Experts Weigh In