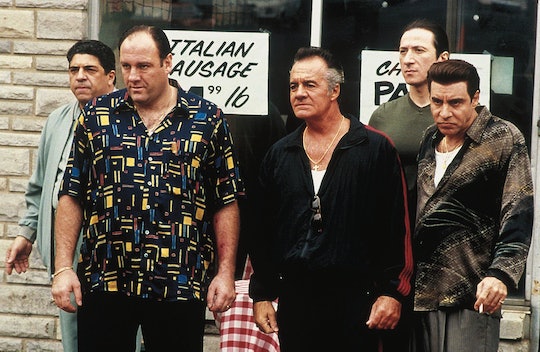 In some ways, it has never been easy to be from New Jersey. Too often, we are the butt of a joke made by someone who's never even seen New Jersey. Probably some moron from Idaho. Stupid Idaho. (I've never been to Idaho.) Thanks to The Real Housewives Of New Jersey and The Jersey Shore, the long-held stereotype of a "guido" New Jerseyan has become even more ingrained in America's cultural fabric. We are described as "the armpit of America." But, if that were true, would we be the most populous state in the country? Would millions of people be clamouring to live within our noble borders? The truth of the matter is, people make fun of Jersey because they know, deep in their hearts, that though we be but little, we are fierce, and there is much to recommend this amazing state.

I am a Jersey girl (at least by some definitions; some of the lifers might take issue with that assertion). I was born here and lived in this fair state until I was 10, at which point I moved to Connecticut (which has its own mess of jokes and stereotypes to deal with, but I digress) and eventually wound up in New York City. Then I had a baby. After I had that baby, I did what a lot of people do: I moved to the suburbs. And, really, are there any better 'burbs than NJ 'burbs? With picturesque backyards, excellent schools, proximity to New York (or Philly... or both, if you're in Central Jersey), and the cheapest gas in the tri-state (that you don't even have to pump yourself), it was a no-brainer. So when the time came, I returned to the place where it all began... literally, three miles from the house I grew up in. I'm like a salmon, swimming upriver to spawn in the same place where it hatched.

But it sucks, sucks I tell you, to have to correct all these haters! How can our little ones grow up with unfettered Jersey Pride with this constant barage of Snooki jokes? (She's not even from New Jersey!) Those mooks do not represent us! New Jersey is the home of many illustrious luminaries! And so, it is for my Jersey kids that I loudly and proudly defy the following spurious lies!

More Like This
Ginger Zee Had A Perfect Response After A Troll Asked Her "Who's Raising Your Kids?"
It's A Beautiful Day In Jenny Slate’s Neighborhood
Bright & Festive Nails To Rock On July 4th
22 Summer-Inspired Names For Your Totally Laid-Back Baby Boy