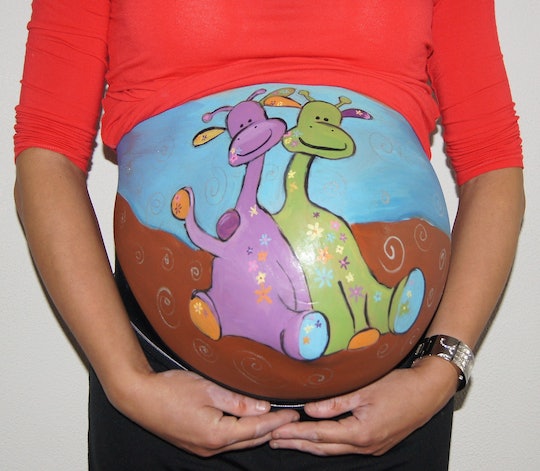 As soon as your growing belly starts to show, people all around you will inevitably have something to say about your pregnancy — even more so when you are expecting multiples. Whether you are pregnant, or your elderly upstairs neighbor just thinks you are, you have probably heard some off-the-wall old wives tales about being pregnant with twins. But it may surprise you to know that some of these beliefs handed down from generation to generation are actually true.

Old wives' tales were created to explain what was once inexplicable, and often included superstition or lore. In The Wonder of Twins, William Viney a Postdoctoral Research Fellow at Durham University in the United Kingdom writes that Albert the Great believed that twins were a sign that some humans were a transitional species, somewhere between animal and human, since many animals typically produce litters rather than one offspring. Some philosophers even felt as though there were women with two to seven-celled uteri. In the middle ages, twins were associated with mutants or signs of something immoral or evil. Twins were "proof" of a woman's insatiable sexual appetite, her promiscuity, and subsequent infidelity.

Thankfully, science has progressed, and these kinds of ancient beliefs have long since been disproved. Here are some of the old wives' tales about a twin pregnancy that actually turned out to be accurate.