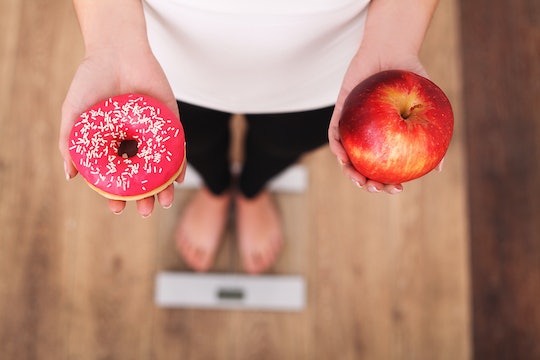 Many people try a new diet at least once in their lifetime. While some people adamantly never diet and others are seemingly always on whatever is currently the most popular diet, I would argue that the majority of people fall somewhere in between. Over the years, people hear all sorts of dieting theories from relatives, friends, celebrities, the media... pretty much everywhere. And while some of these theories are misleading or confusing exaggerations that have been passed down over the years, there are some old wives' tales about dieting that are surprisingly true.

Dieting is, for better or maybe actually for worse, a part of the lives of many Americans. And not just adults. According to a 2015 research brief published by Common Sense Media, citing research that found that by the time they reach the age of seven, about 25 percent of kids have "engaged in some kind of dieting behavior." That's fairly alarming when you think about it.

There can be benefits, of course, of healthy dieting when older. Especially if you look at it as healthy habits. Good or bad, these seven ideas about dieting are more than just old wives' tales. They're actually proven to be true. Keeping them in mind may just help you live a healthier lifestyle.