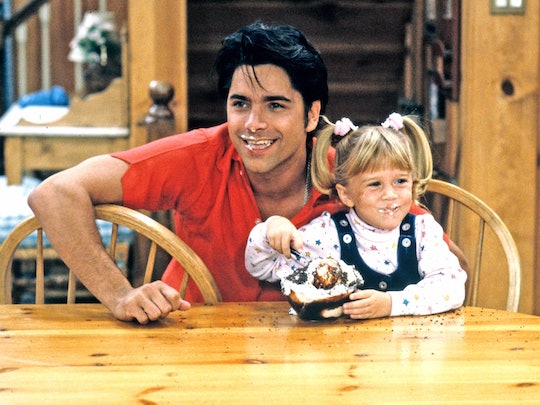 7 Parenting Lessons To Learn From Uncle Jesse, One Of The Originals TV DILFs

When you think of mature, parental figures on Full House, Danny Tanner probably comes to mind. Jesse Katsopolis doesn't usually rank high on the scale of high quality role models, especially in the beginning of the series. Hilarious? Yes. Good looking? Of course. But maybe not the guy you'd call to babysit your child for you. But, believe it or not, there are some true parenting lessons to be learned from Uncle Jesse, Elvis and motorcycle obsessions aside.

While fans anxiously await the release of Fuller House, it can't hurt to brush up on your Full House-isms as well as learn a few things you may not have known about the characters. Like the fact that Uncle Jesse, despite his bad boy persona and obsession with his (admittedly perfect) hair, is actually a pretty kick ass parent and uncle.

He's easy to laugh and look at, but it's also pretty obvious that he has a big heart and is ultimately a great parent. He's always there for his nieces DJ, Stephanie and Michelle, and after becoming a father to twin boys Alex and Nicky, becomes even more endearing as a father. Here are just a few parenting tips you can steal from everyone's favorite TV uncle, dad, and all around amazing guy.