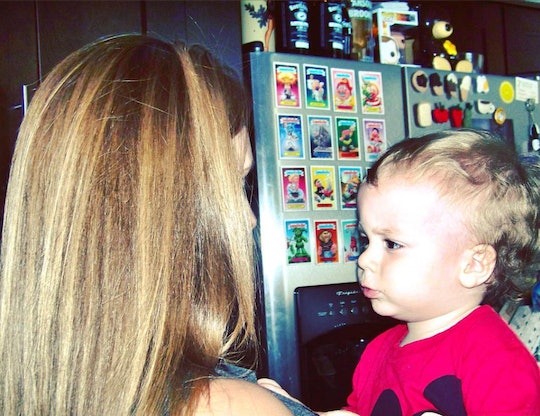 7 People In Your Life You Shouldn't Name Your Baby After

There are only a few times in your life when you're in the position to make a decision that could have a huge impact on another person's life. If I were to pick a top three, they'd be saying yes or no to a marriage proposal, un-friending someone on Facebook, and choosing a name that will follow your child around for the rest of their life — or at least until they're 18-years-old and can get it changed at the courthouse. With such power and responsibility, you should consider that there are people in your life you shouldn't name your baby after.

The harsh reality is that most people won't even tell you you're heading down a precarious path in your baby naming process until it's far too late, like at your kid's college graduation or wedding. Sure, everyone has a million opinions on what moniker you should bestow upon your mini munchkin. Yet folks get suspiciously silent when you say you're considering "Aspartame" as a name since your baby is just too sweet.

If you don't want to give your frenemy any opportunity to fan the flames of their passive-aggressive fire, then check out some of the people in your life you shouldn't name your baby after.