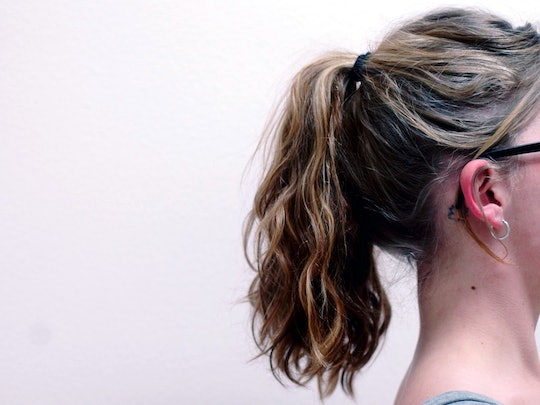 7 Ponytail Mistakes You Probably Don't Even Know You're Making

Whether you’re going to the gym, making a quick run to the store, or you just need to get the hair out of your face on a particularly blustery day, a ponytail can be the best answer to many hair situations. Plus, it seems like the quick updo is making a style comeback. From Ariana Grande’s infamous half-up ponytail to Gigi Hadid’s high ponytail, it definitely looks like ponytails are having their moment. But not everyone is gifted with magically manageable hair or the expertise to craft a perfect pony. As it turns out, everyone makes ponytail mistakes.

It doesn’t matter if your hair is thick or thin, curly, wavy or straight, everyone is susceptible to making some of the worst cardinal sins of the hair world. Though most people know the basics to getting and maintaining healthy hair, there are probably some things you don’t even know you might be doing wrong when it comes to rocking the classic ponytail look — or the topsy tail if you’re feeling nostalgic for the ‘90s. There’s no need to toss all your hair ties just yet, because below are some of the top mistakes people make when it comes to wearing a ponytail, and how to fix them.