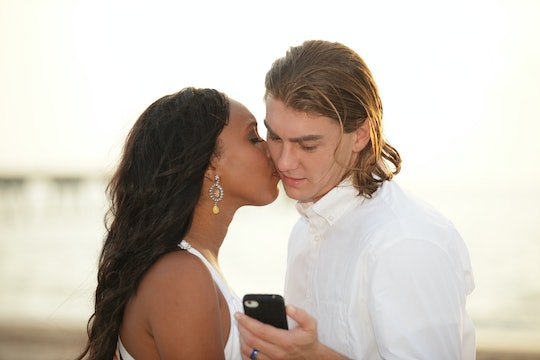 7 Reasons Emotional Affairs Are Worse Than Physical Ones

The pain of emotional affairs is often underrated. It can be easy to say, “Well, if they aren’t sleeping together, then what is the big deal?” But there are many ways in which emotional affairs are actually worse than physical ones. An affair of the body can be over and done in the matter of one night, but an affair of the heart takes much longer to form — and it can be far more damaging to a relationship.

Emotional infidelity may be harder to catch than a physical affair, but its effects are more insidious. For instance, a friend of mine dated a man who was best friends with a woman at his office. They took most of their breaks together, emailed all day, and he hung out in her office all the time. He told her all kinds of details about their relationship. Other colleagues even assumed these work friends were dating. Although there was no apparent physical affair going on (they never saw one another outside of work), the depth of this emotional affair left my friend feeling like the third wheel in her own relationship, and she eventually dropped him entirely. Basically? If you’re in a committed monogamous relationship, any type of cheating, whether physical or emotional, can suck the life out of a relationship.

But some varieties of cheating hit you harder than others. If you ever find yourself in the debate of emotional affair versus physical, here are a few reasons why being the victim of an emotional affair is worse than the physical.

More Like This
How To Approach The Topic Of Emotional Labor With Your Partner
This Is What Happens To Your Vagina When You Stop Having Sex
How Do I Rediscover My Sexuality When I’m Completely Touched Out?
How To Ask Your Partner For Support When You Need It