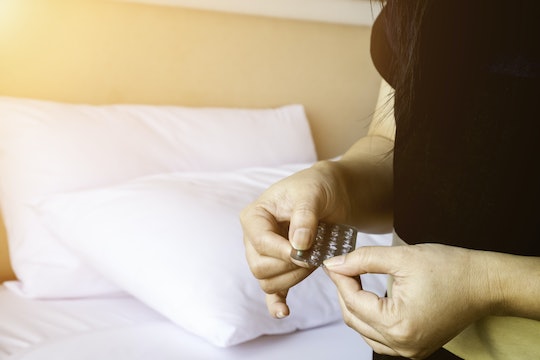 7 Reasons To Use More Than One Birth Control Method

Backup plans are almost always a good idea. And when it comes to a topic as serious as your sexual health and plans for pregnancy, it can’t hurt to be too cautious. There are almost too many reasons to use more than one birth control method at a time.

Using more than one contraceptive method most often means you’re using a hormonal form of birth control, such as the pill, the patch, or the Depo-Provera shot) in conjunction with a barrier method, like a condom. Chances are your doctor would not recommend using multiple forms of hormonal birth control. Doubling up on barrier methods is also not recommended. As Planned Parenthood noted on its site, "you shouldn't use a condom worn on the penis together with a female condom.” This causes more harm than good. But combining hormonal and barrier methods has great benefits for many women.

Whether you are transitioning to a new hormonal method of birth control, seeking additional protection against STIs, or just really keen on avoiding an unplanned pregnancy, doubling up is a smart solution. It’s an easy way to make your sex life as fulfilling and healthy as possible. Because when you’re feeling secure about your birth control, then your mind is free to focus on other things that are much more interesting.