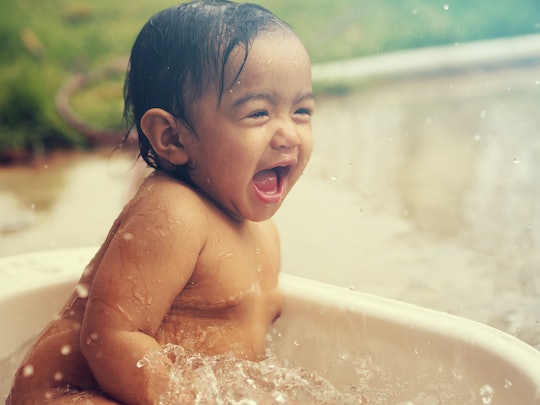 7 Reasons Why Your August Baby Is A Total Badass

Happy birthday month, August babies! And to the moms-to-be hoping against hope to pop out a baby in the next 30 days, happy epidural. (Or not, your choice, no judgement from me.) Some of the most boss people I know were born in August, and that's saying something, because I am fortunate to know many amazing people. That's why I'm compiling a list of seven reasons why August babies are badass. And you know you want to read along.

Everyone from dreamy singer Demi Lovato to President Barack Obama was born during the sultry heat of August. In fact, in the United States, late summer birthdays are the most common, wrote The Daily Mail, ostensibly due to our temperate climate and lack of things to do in say, November. It turns out that Thanksgiving dinner must be quite the aphrodisiac. (I mean, you've already unbuttoned your pants, may as well take them all the way off.)

But it's more than that. According to a study published in The Guardian, babies born in August are badass not only because it's just fact, but because they have an uphill battle in school throughout their educational journey as they're often as much as 10 or 11 months younger than their classmates, forcing them to work harder and strategize earlier than everyone else. It really builds resilience.