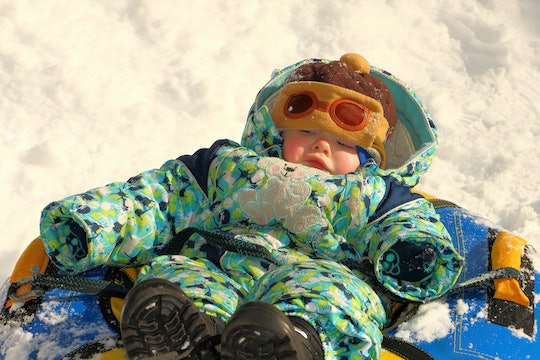 7 Reasons Why February Babies Are Badass

February means Valentine's Day, frigid temperatures, and the Super Bowl. That's a lot to pack into the shortest month of the year. That's why, among many other reasons, February babies grow up to be some of the most creative humans to walk the planet: they know how to make the most out of very little. So, yes, February babies are badass, but don't take my word for it, dear reader.

According to a 2015 study published in the U.S. National Library of Medicine and the National Institutes of Health, February babies are smarter and taller than your average babe. Not only do these babies score higher on neurocognitive tests, they're also said to be more agreeable and conscientious of the world around them. Census data from Denmark, Austria, and Australia also concluded that these same February babes might have a slightly longer life expectancy.

As a February baby myself, I'm not above admitting that I might be a tad biased. I'm creative, I require exciting conversations, and I'm the most fulfilled when I do things on my own and on my own terms. Badass, right? Yeah, I think so. And while I wasn't born on that lucky Leap Year date, I'd like to think I encompass all the badass qualities February babies have to offer. So with that in mind, here's why babies born in the second month of the year are truly incredible:

More Like This
41 Airy Aquarian Names Perfect For Your Little Water-Bearer
Tips to Beat Jet Lag, For You & Your Kids
5 Superstitions About Babies Born On Valentine’s Day
Celebrate Your Baby’s 1st Valentine’s Day With These Instagram Captions
What Parents Are Talking About — Delivered Straight To Your Inbox