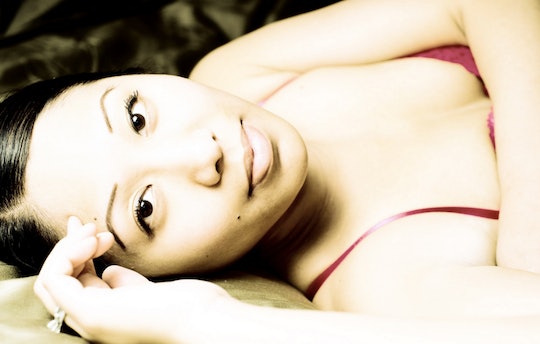 7 Reasons Why You Shouldn't Fake An Orgasm

Are you getting what you need in bed? For many women a nice snuggle is enough. For others, sex without an orgasm is like... well, why bother? If you're having trouble getting there, address it. There are several reasons why you shouldn't fake an orgasm.

As a woman who had a hippie mom, I learned a lot of stuff about sex at home. I also learned a lot from Sex and the City. What can I say; didn't everyone? Remember the one where Miranda Hobbes fakes it and doesn't understand why her guy can't get her off? Speaking generally of men, Miranda said, "They can re-built a jet engine but when it comes to a woman, what's the big mystery? It's my clitoris not the Sphinx." The lesson of the episode, (like you don't know) is that her guy didn't know what to do, because Miranda kept faking it. But life, while imitated well on SATC, is a little less glam and in some cases, more nuanced.

I spoke to Jenny Block, author of O Wow: Discovering Your Ultimate Orgasm about why faking an orgasm isn't such a good idea—for you or for your relationship. In doing so I learned some surprising and not-so-surprising reasons why you shouldn't fake the Big O in bed. Here are just a few reasons why you need to be honest with your partner when it comes to orgasms.