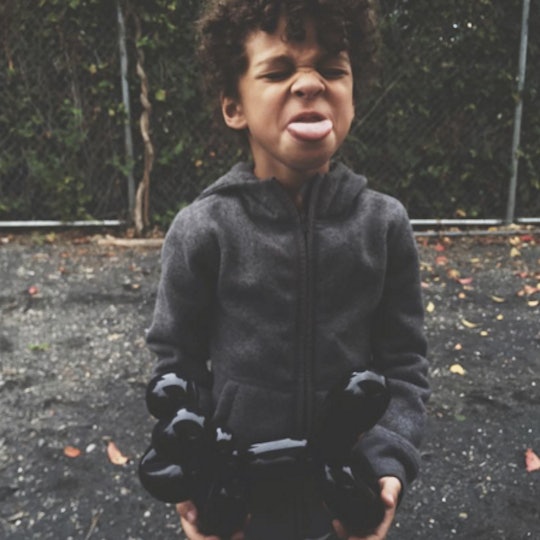 According to the Internet, everyone hates your children and you should hide them in a closet, away from public view until they turn 21. Every few months we get a new diatribe that goes viral against kids on a plane, kids in restaurants, or the people who choose to have kids. But I am particularly interested in (and truly baffled by) the screeds against parents who post a lot of pictures of their kids on social media. What a bizarre and petty thing to complain about. It's sort of like complaining about the weather in Seattle when you live in Nashville — why do you care?

OK, sure, it's one thing to quietly chuckle or even roll your eyes at the friend who posts 54 near identical, blurry pictures of their kid making an unintentionally weird face with no accompanying commentary except "This boy <3..." But to get so upset about it that it's something you feel the need to whine about at length, in public? Can you please get upset about literally any other problem on earth right now? Did you know there's a Syrian refugee crisis going on? Or — you know what? — you don't even have to go quite so macro or profound: Didn't you tell me you have a hangnail the other day? Whining about that is less annoying than listening to you rant about pictures. Pictures of children. Come on . And if a ton of pictures of babies is the most annoying thing in your Facebook feed, consider yourself #blessed because I would gladly "suffer" a million pictures of babies to get rid of the sexist, racist, compassionless, unfunny, garbage I see sprinkled in my feed every day.

Parents, if you have found yourself questioning your posting because of other people getting all huffy, know there are some things you should never apologize for.