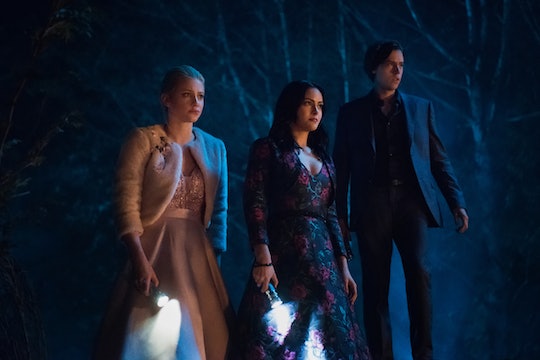 From gang wars, prison fight clubs, and serial killers to maple syrup waterboarding and a magical cult, Riverdale brought all the drama it could to Season 3. The finale left fans with lingering questions about all the strange characters still roaming the town. It will be a few months before you can dive back into the action, but these Riverdale Season 4 theories should keep you going all summer.

One of the biggest mysteries on the show has been Edgar Evernever and his Farm cult. It’s unclear where they came from and why they moved to Riverdale, but now that Betty found out that they're harvesting organs, their presence on the show feels more ominous.

And then there’s the question of the Black Hood. He made a comeback on prom night and chased Betty around with a knife, but there is no way of knowing if he’s Betty’s dad, Hal Cooper, or someone entirely new.

The usual suspects aka Hiram Lodge and The Serpents will likely continue their antics in Season 4, but with FP Jones as the town’s new sheriff, and his wife, Gladys at the center of the gang wars, it’s hard to predict what turn their story will take.

There is so much that can happen next season on Riverdale, but here are some fan theories that could actually hold water: