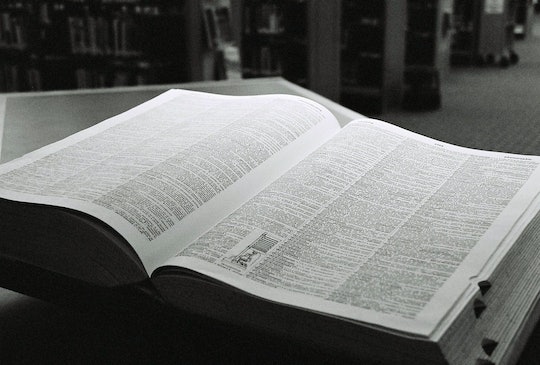 7 Sex Positive Terms To Know, Because Knowledge Is Hot

Because the sex positive movement encompasses so many identities and communities, it uses a wide range of terminology that may get confusing. What does it mean to have erotophobia? And who are these aces, anyway? There are many sex positive terms to know to better understand this community.

First definition: sex positive. Sometimes the sex positive movement is mis-characterized as a bunch of people who think you should be having all of the sex all of the time. Fortunately, it’s actually a lot more realistic and inclusive than that. Broadly speaking, and according to the Women and Gender Advocacy Center, the sex positive movement is intended to remove the shame from any consensual sexual choices. It recognizes that people are diverse and complicated creatures, and that there is a wide range of healthy sexual expression. Furthermore, it isn’t prescriptive: different identities are accepted and celebrated. Basically, there is room for everyone in this movement, whether you’re trans or poly or vanilla. The absence of judgement is the whole point.

By reviewing sex positive terms you can get a better sense of what the sex positive community is all about, who is included, and even how to get more information about sex ed, because you’re never too old to learn more.

More Like This
Here’s Why You & Your Mom Can Fight So Much
Why Your Vagina May Be Itchy After Sex & What To Do About It
Fun, Sexy Maternity Lingerie, For When The Mood Strikes
140 Quotes About Love To Make You Swoon
What Parents Are Talking About — Delivered Straight To Your Inbox