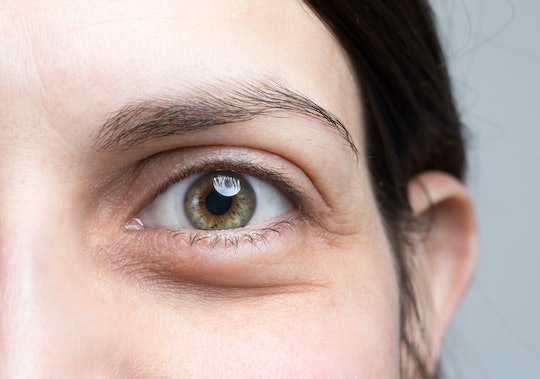 If you have dark circles underneath your eyes, their appearance can potentially give you some hints about your health. Generally speaking, dark circles under someone's eyes don't necessarily mean that there's anything serious about which you need to be concerned — they just can give you information that you otherwise might not have — but there are a few diagnoses and other conditions related to dark under-eye circles that are a bit more concerning. Of course, just because you've noticed that the dark circles under your eyes are more prevalent lately doesn't mean that you definitely have a potentially serious diagnosis and that's important to remember, but if you're concerned about your under-eye circles and have additional symptoms that might match some of these conditions, raising your concerns with your doctor or dermatologist might help alleviate some of your fears and help you address the problem sooner.

From time spent in the sun to workplace side effects, liquids intake, and more, there are a number of different things that your under-eye circles could be telling you about your health that go beyond fatigue and exhaustion and it could be useful to know more about them.

More Like This
Can Elderberry Help Prevent Illness In Kids? Doctors Weigh In
Endometriosis & Your Sex Life
What Is RSV?
How Much Hair Loss Is Normal? 9 Signs You’re Losing Too Much Hair