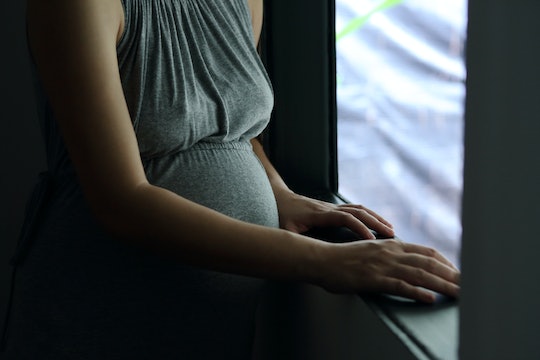 7 Signs Of Prenatal Depression to Look Out For

Pregnancy is marketed as a lovely time in a woman's life where she is always happy and glowing while she sashays along the shore in a sheer bohemian dress. But the reality is that pregnancy often comes with a fair amount of stress which can sometimes lead to depression. It's important for expecting parents to recognize the signs of prenatal depression.

According to the American Pregnancy Association (APA), the American Congress of Obstetricians and Gynecologists (ACOG) noted that anywhere from 14 to 23 percent of women struggle with symptoms of depression during pregnancy. What To Expect suggested that, due to surging hormones, increased amounts of stress, anxiety, and societal pressure, women are even more susceptible to depression when they’re pregnant and shortly there after than at any other time in their lives.

Prenatal depression can be severe, and some women will find themselves unable to care for themselves. Thankfully, there are several ways to treat depression in expectant mothers. This can include therapy, exercise and some doctors may even recommend antidepressant medication that can be taken while pregnant.

Check out these signs of prenatal depression, and talk to a healthcare professional if you or a loved one is experiencing any of these symptoms.