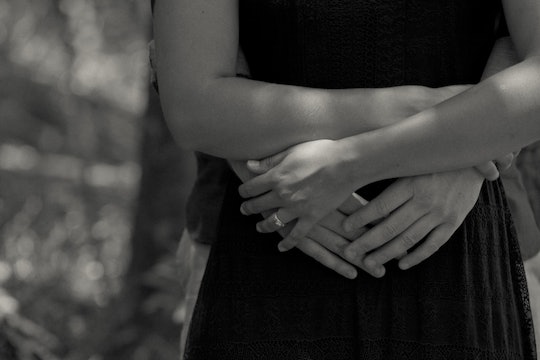 7 Signs Your Marriage Will Survive The Loss Of A Child

There is nothing like the death of child. Life can’t ever be the same after it. People are not the same after it. Parents become inevitably transformed. Their whole beings, shifted. Their marriages, rocked and jilted by one of life's most unimaginable tragedies. Many believe divorce rates following the loss of a child, are markedly higher when compared to other couples. But, remember, it's not a definite. There are signs your marriage will survive the loss of a child.

Although the actual rates of divorce following the death of a child haven’t been explored in more than 10 years, one can assume that married couples dealing with such a tragedy have an incredibly tough road ahead of them. It’s a grieving journey. One that has no predictable outcomes, and one that has no set timeline. Everyone grieves differently.

Unfortunately through this grieving process, the reality is that some couples will inevitably split. Dr. Jessica Zucker, a clinical psychologist that specializes in pregnancy loss and miscarriage, says that sometimes a stressor as enormous as the loss of a child, can exacerbate existing issues that may have existed before. And it can also reveal a new dysfunction. But that doesn’t mean it can’t be worked through.

Zucker says even the most struggling couples can survive. There is no definitive way of knowing if a marriage is going to make it. Which is kind of the beauty of it. The most unsuspecting couples, the ones that look the most broken, can ultimately be repaired. "Some of us thrive and can decide to make a marriage stronger after something so tragic happens," says Zucker. And although no one can predict whether a couple’s marriage can survive the loss of a child, there are signs that the couple will ultimately make it.

Here are seven signs your marriage will survive the loss of a child.