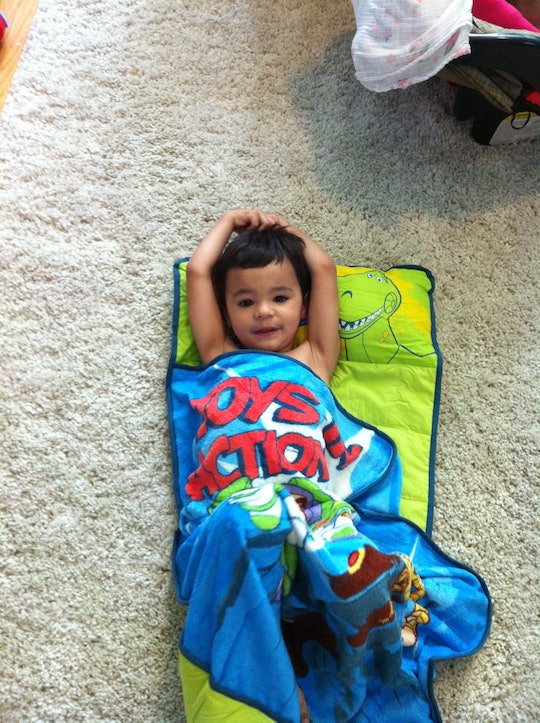 If You Think Your Preschooler Needs More Sleep, Here's What To Look For

When my little ones were in preschool, it was a difficult transition for them. They went from having a uniform nap time and waking up whenever they wanted, to being forced to wake earlier, bed down earlier, and their naptime was now controlled by the classroom. For a long time they were irritable, anxious, and getting them into bed was a struggle. It turns out, they simply weren't getting enough sleep. I wish I'd known earlier, making life easier for all of us. But, what are some of the signs your preschooler needs more sleep?

Some of the signs are obvious, noted the Cleveland Clinic. If your child is impossible to wake in the mornings, if they're dozing at breakfast, or fast asleep as soon as school concludes, they might be suffering from a lack of sleep. Other symptoms are not nearly so in-your-face, and it can be easy for parents to overlook them. Ariel M. Dubelman, MD, a pediatrician with Children's Pediatricians and Associates, LLC, wrote for Children's National Health Network that on average, preschoolers need between 10 and 13 hours of sleep per night, but no less than eight and no more than 13. There is a balance that kids need to achieve, and it may require some toggling. But here's how you know it's time to make some shifts.