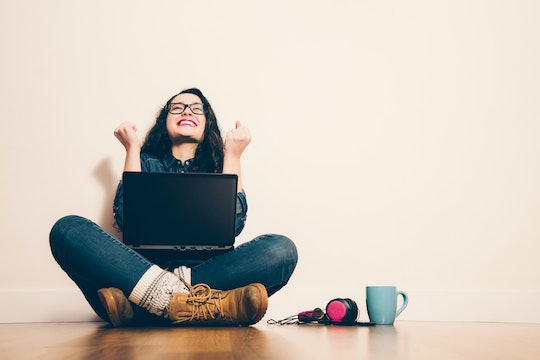 Many people want to be successful, but people define success in different ways. And even though everyone's personal idea of success might be different, there are some people that pretty much everyone can agree has achieved some level of greatness. If you're dreaming of success, but aren't quite sure whether or not you're for sure meant to actually achieve it, you might be interested in some of the signs you're destined for greatness, which could put your mind at ease and maybe boost your confidence a little bit, as well.

Even if you're an ambitious, driven person and generally confident that you'll accomplish what you've set out to do, doubts (whether large or small) can creep in from time to time, making you start to question things. Maybe something that you felt certain would work out was an utter disaster or you somehow fell short accomplishing one of your goals. That doesn't mean that you're just meant to be a failure or that you should give up on the vision you have for yourself and your future, it just means that there's a setback you'll have to overcome or work around. You still might be destined for greatness in the long-run, it just might take a little bit longer to live up to that destiny. Take heart, there might already be signs of greatness lurking within you that can help motivate you to keep working to achieve it.

More Like This
10 Signs You Are Sexually Compatible With Your Partner
What Is Emotional Cheating? Experts Explain
Score Big On Super Bowl Sunday With The Best Frozen Apps From Trader Joe's
41 Costco Appetizers To Level Up Your Super Bowl Party
What Parents Are Talking About — Delivered Straight To Your Inbox