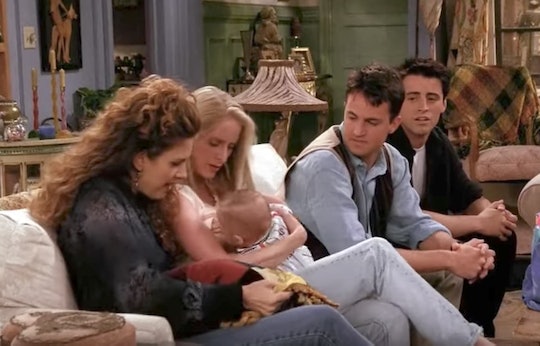 7 Signs You've Officially Stopped Even Caring Who Sees Your Boobs

The first couple of weeks after my children were born, I was basically topless the entire time. I make big babies — they were 8 and 9 pounds apiece — and they clearly had no intention of slowing their growth once they were outside of me: Those little fiends were on the boob constantly. As such, it eventually didn’t make much sense to put a shirt on at all. I’d wander around the house with either just a bra or no bra at all. My husband would come home from work and he’d be like, “Did she spit up on your shirt or something?” and I’d be like, “...No?” and then go back to doing whatever I was doing.

Eventually, this “give none of the fucks” attitude began to spill into my public life as well. It’s not that I would wander around a playground or Target without a shirt or anything, but among the many concerns and practical worries of having young children, someone catching a glimpse of my areola as I fed one of my kids rapidly dropped in importance to the point where it fell off the worry-radar entirely. It’s like my grandfather always says (in a quote he denies stealing from Bernard Baruch, but I know he did because we have the Internet now): “Those who mind don’t matter, and those who matter don’t mind.”

Here are the telltale signs that you, too, really can’t be bothered to care about your boobs being on metaphorical display.