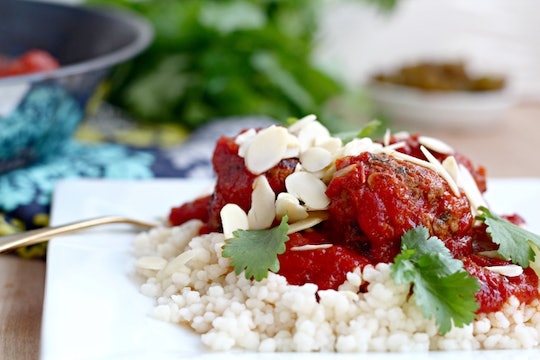 Passover is one of the most joyous holidays on the Hebrew calendar. It's filled with storytelling, matzoh hiding, and dinner guests who are invited every year and never show up. But it can also be a slog. There are so many rules, so much cleaning, and your dear uncle Mordechai shows up at the worst times. That's why there's something wonderful about these slow cooker recipes for Passover that take a lot of the work out of your hands for the day.

Passover is replete with rules and conventions, and because Judaism is a diasporic religion that spans the globe, it's not celebrated the same way by all Jews. Reform or secular Jews might just avoid chametz (any food that when mixed with water that can be leavened) and keep Kosher for their main meals, not even doing that much in the way of cleaning. Observant Jews from Europe, the Ashkenazi, not only avoid chametz, but also what Askenazi refer to as kitniyot. These are foods like rice, legumes, corn, soybeans, and lentils, expanding as far as coriander and licorice. Sephardic or Mizrahi Jews hailing from Spain, the Middle East, Morocco, and Ethiopian Jews keep Kosher, avoid Chametz, and seriously clean. Ultra Orthodox Jews like Hasidim and Chabad Lubavitch don't even mix matzoh with water during Pesach. So you can see why having slow cooker recipes for Passover could be a seriously good thing for your menu and your sanity.