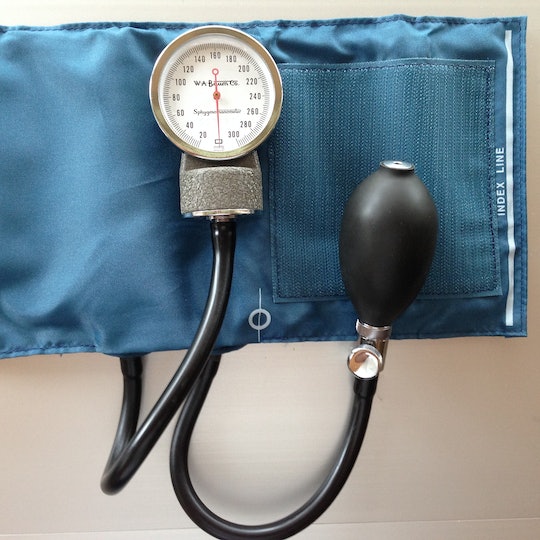 If I had a dollar for everything I worried about while I was pregnant, I probably wouldn't consider vegan cookie butter a luxury item. It's almost a pregnancy rite of passage to search online for mystery medical symptoms in the middle of the night. But there are some things you shouldn't just chalk up to hormones or hypochondria. In fact, there are quite a few subtle, early signs of preeclampsia you shouldn't ignore. If you haven't already seen this term on pamphlets in your doctor's office, it's not as complicated as the name might sound. Also referred to as toxemia, the American Pregnancy Association (APA) noted that preeclampsia is a form of high blood pressure which can restrict the blood flow to your organs, placenta, and developing baby. It's also worth noting that anyone can experience this pregnancy complication.

Though you've probably already done your fair amount of research, certain symptoms can fly under the radar of even the most watchful eye. Since I had a high-risk pregnancy, my medical team made sure I knew exactly what to look out for, no matter how insignificant it may seem. But for most expectant mothers, you might worry about what is or isn't a potential problem. To help put your mind at ease, check out these early signs of preeclampsia.