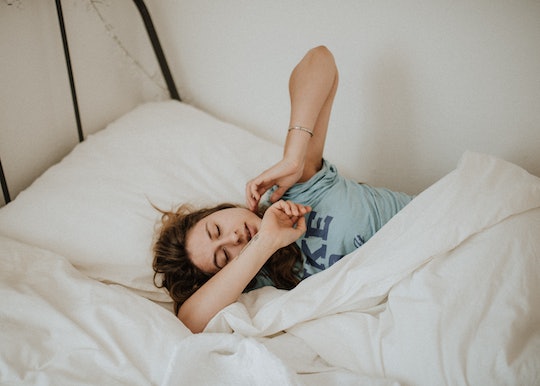 7 Subtle Signs Your Fatigue Is Actually A Thyroid Disorder

If you're tired all the time, it can be easy to misinterpret that as a sign that you're taking on too much at work, you're doing too much for the kids' after-school programs, you've been up with the baby a lot lately, you're fighting off a cold, the list goes on and on. The first thought that crosses your mind isn't usually that one of your glands might be acting up, but there could be some subtle signs your fatigue is actually a thyroid disorder, even if it seems like that might be a long-shot.

There are a few different things that could be going on with your thyroid, which, as The New York Times reported, regulates your metabolism and energy levels. Hyperthyroidism, when your thyroid kicks into overdrive, is, according to Healthline, a condition when your thyroid gland releases too much of its hormone, which can be diagnosed with a blood test and can lead to other serious conditions like heart problems and osteoporosis, according to Mayo Clinic. It's pretty rare in women, and even rarer in men. Hypothyroidism, conversely, is when your thyroid gets a bit sluggish and doesn't produce enough of its hormone. According to the aforementioned article from Healthline, most hypothyroidism cases aren't very serious and can be treated with hormone pills.

If you have a niggling thought in the back of your mind that your extreme exhaustion might actually be because of a thyroid disorder, you need to keep an eye out for additional symptoms.