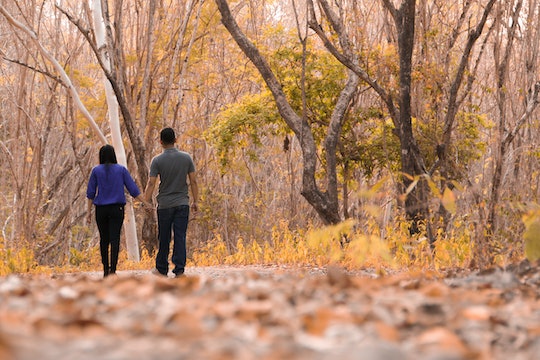 Narcissists can be exceedingly difficult people for others to get along with, but if you don't initially realize that the person you're dating, living with, working with, or are friends with is, in fact, a narcissist, you can find yourself seemingly suddenly in the middle of a relationship with a narcissist without having seen it coming. There are some subtle signs you're dating a narcissist who's really good at hiding it that might give you some added insight into what really might be going on with your partner and might keep you from feeling so blind-sided when the truth really does come out later on down the line.

You might think that narcissism always looks like it does in movies or on TV and that it'll be immediately obvious from interacting with someone. In that case, you may wonder how someone could end up in a relationship with a narcissist without knowing exactly what's going on. But narcissism can take many forms and sometimes it really can be difficult to suss out, simply because the person has gotten so good at hiding the signs. That's why being able to recognize some of the more subtle signs that the person you're dating might be a sort of hidden narcissist is important. Narcissism isn't always as straightforward as it may seem.