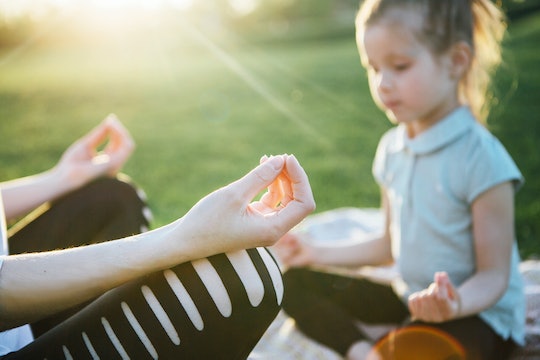 The longest day of the year, the summer solstice has been observed with various holidays, festivals, and other rituals since ancient times. Even if you can't make it to the giant Stonehenge celebration this year, there are still plenty of summer solstice rituals your kids can participate in and enjoy.

This super-long day has been observed with special celebrations by cultures all over the world. For instance, the Sioux tribes performed a ceremonial sun dance on the date, whereas ancient people in northern and central Europe celebrated the solstice with bonfires thought to boost the sun's energy, as explained on History.com. The holiday is still observed by many traditions and cultures today, where it is known by names such as Litha or St. John's Day, as further noted by History.com.

At a time when people are increasingly removed from the natural world, it's a great chance to help your kids appreciate sunshine, the outdoors, and time with family. By incorporating some traditions of your own into this longstanding time of celebration, you and your kids can connect with nature and human history at the same time. Some of the rituals, such as setting bonfires or making goals for Litha, are practiced by modern pagan groups, as noted by HuffPost. The rest of the rituals, such as hosting a backyard BBQ, can be new traditions that your own family starts.