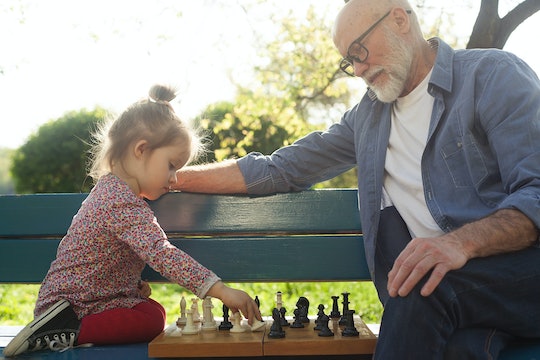 Grandparents can play a lot of roles in the lives of their grandchildren. They can be caregivers, mentors, confidants, teachers, coaches, and friends. "Grandparents have a great deal to offer to their grandchildren through the engagement of a close relationship, including wisdom, multigenerational understanding, and knowledge, as well as a strong emotional connection that differs to the emotional connection with parents, though is equally important for the continued emotional development of both the grandchildren and grandparents," Dr. Carol Atkinson, PhD, LMFT, a licensed psychotherapist, tells Romper by email.

Without this close relationship, there can potentially be some real and long-lasting effects. From difficult relationships with parents to lowered self-esteem and more, there are multiple ways in which not having a close relationship with your grandparents can affect you down the road.