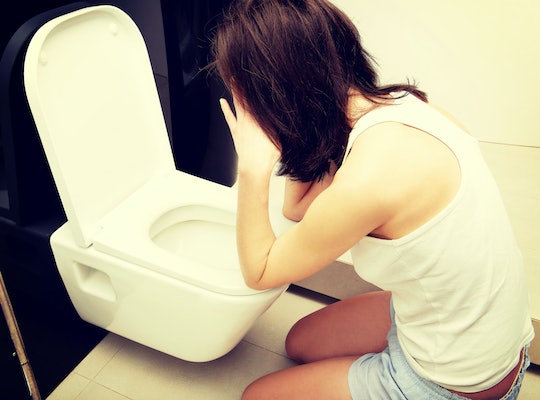 7 Common Symptoms Of The Norovirus

Some illnesses hit you with all the subtlety of a freight train. For instance, you may wake up feeling fine, but spend the afternoon wondering if you'll ever be able to leave the bathroom again. In the winter months, it seems like every other person deals with the stomach flu, and sometimes you're a member of that unlucky bunch. Knowing the symptoms of the norovirus ahead of time, and what may indicate a serious health risk, can help you weather these difficult bouts of illness.

Thankfully, there are a few steps you can take to protect yourself from the norovirus. Being aware of the common outbreak settings is a good start. As explained by the CDC, healthcare facilities, food service settings, cruise ships, and schools are common places for a norovirus outbreak. (So you may want to stay away from the cruise ship buffet that's surrounded by medical students.) Additionally, preventing the spread of norovirus may be as simple as washing your hands, according to Nursing Times. Although norovirus is a particularly contagious illness, keeping your hands clean and steering clear of anyone who shows symptoms can help lessen your chances of infection.

Given its relation to food poisoning and the stomach flu, it's no surprise that norovirus symptoms tend to affect your digestive system. Unfortunately, it can make other parts of your body feel like garbage as well. Read on to familiarize yourself with the symptoms of the norovirus so you'll know how to recognize this gross but all-too-common illness.