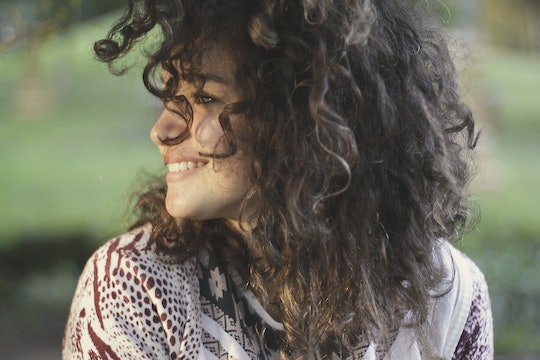 Though most people have probably told you throughout your life that they’re super jealous of your lush and voluminous locks, you know the real truth: it’s tough to care for thick hair. Fighting frizz, breaking combs, snapping hair ties, and blow drying for hours are all just some of the problems thick-haired girls face on the daily. I’d be lying if I said I haven’t gotten a brush or two stuck in my unruly mane. But maybe the reason behind all these frizzy frustrations and tangled challenges is actually because of some common thick hair mistakes you might not even know you’re making?

Don’t worry, you’re not alone. Even celebrities have had love/hate relationships with their thick tresses. Jessica Alba’s haircut shows she’s learned to listen to her hair instead of fighting with it. I know I have definitely struggled with my rope-like hair over the years, especially since I became a mother. Most days it’s easier to just throw my troublesome mane up in a ponytail than to take the time to really care for my luxuriously full locks. If you’re like me (and Jessica Alba) and you want to learn what thick hair mistakes you’re making so you won’t keep making them, I’ve got you covered.

More Like This
Toe-tally Cute Summer Pedicure Ideas
Why It's Crucial to Get Good Sleep As A New Mom — Plus, Tips On How To Do It
Bright & Festive Nails To Rock On July 4th
Meet Your New Favorite Blazer(s)