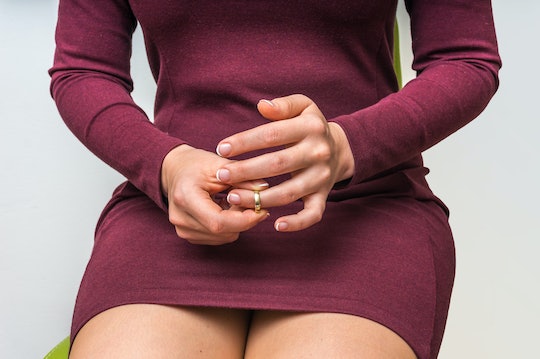 7 Things I Did For Myself After My Divorce

When I was 16, a mere sophomore in high school, I'd just come off (what I still argue to be) the worst breakup in my history. You know how delicate a first love can be, so when it ended abruptly — and during the very summer my grandmother almost died — I was devastated. I thought I'd never heal from that broken heart. Then, months later, I met the boy who would become my first husband. I didn't know we wouldn't make it either, or all the things I'd have to do for myself after my divorce. However, looking back, it was all so very essential so that I could become the mother, wife, and woman I am today.

I don't want to downplay how intense high school relationships are because the feelings I had in those relationships were absolutely valid and real. They moved quickly and we felt so deeply, no one and nothing could've stopped us from taking those vows. Part of it was rebellion (of course), and the other part was not knowing what our futures held if we weren't together. It was all scary and uncertain and with my tumultuous childhood, I know I wanted security and normalcy anywhere I could find it. It seemed like a logical solution. I mean, we were in love and we wanted to be together, so why not commit in a way we didn't fully understand at the time, right?

Then, just months into this unity and at 18-years-old, we experienced some very adult issues. Infidelity, financial burdens, and all the things that tank even the strongest of relationships. We separated for awhile. I moved in with my grandmother who'd recovered from her near death (albeit with some health issues that accompanied) while he moved back in with his parents. We didn't know if we could fix all that had been broken but the longer we were a apart, the more we realized we couldn't just end things without giving it another try.

As time passed, we worked through every part of us, but two years after the initial onset of problems, something happened. I can't exactly explain what it was that shifted because, at the time, things were "good." I could argue the past caught up to us or maybe we matured and realized all the ways we didn't really work as a couple, or maybe —probably — it was a combination of everything.

One day, when my then-husband returned from work, I told him it was over. There was no other way to say it; no other way to explain the feelings had somehow diminished. We both cried. For all we'd worked through, and for the futures we feared to have a part but knew how necessary in order to be who we're truly meant to be. After that day, neither of us looked back. My high school sweetheart, who became my husband just over a month after graduation, was — still is — a great guy. There are no negative feelings and I've always wished him well just as he's done in return. Once it was over, and I mean really over, I learned a lot about myself through all the steps taken thereafter. With that, here are some of the things I did after divorce that, without them, I may not be who I am today.

More Like This
Endometriosis & Your Sex Life
The Best Couch Sex Positions
Widows Are Expected To Mourn Forever — How Do I Date Again Without Shame?
How To Tell If Someone Is Lying To You: 34 Signs To Watch For