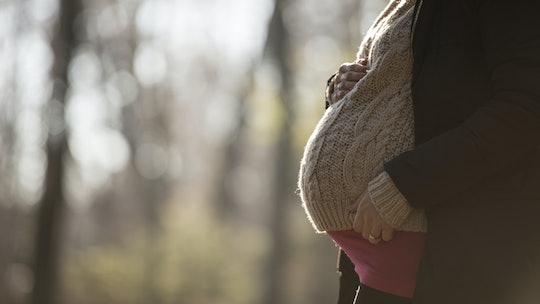 7 Things I Needed When I Was In the 3rd Trimester, But Was Too Afraid To Ask For

I know every pregnancy is different, but I honestly thought my second pregnancy would be like my first. Spoiler alert: it wasn't. My third trimester, in particular, was a hellish ordeal. There's something about feeling completely depleted, and vulnerable, that makes me turn more inward than usual. So there were definitely more than a few things I needed when I was in the third trimester, I was just too afraid to actually ask for them. I guess I was terrified of being denied or rejected, especially at a time when I knew — mentally and physically — I wouldn't be able to handle it.

Pregnancy with my son came after nearly two years of grieving two separate miscarriages. Just as I was starting to contemplate fertility treatments, I found out I was expecting. I was elated, as you can imagine, but that pregnancy came at a high price (and nearly killed me after it was labeled high-risk). Each trimester was incredibly different than the trimesters I experienced during my first pregnancy. Where there was extreme morning sickness with my firstborn, I had none with my second. I horrendous breakouts and mood swings with my daughter, but they were much less severe with my son. And towards the end of both, I was put on bedrest thanks due to hypertension and a few unforeseen complications. One thing that didn't change, though, was how much courage I had when it came to asking for help. None.

The third trimester is arguably the most unpleasant period of any pregnancy. At least, it was for me with both children. Swollen, uncomfortable, and ready to meet the person who had been kicking my ribcage for months, I didn't mind asking each baby to come out already so I could at least breathe. I did, however, have trouble asking for the following things: