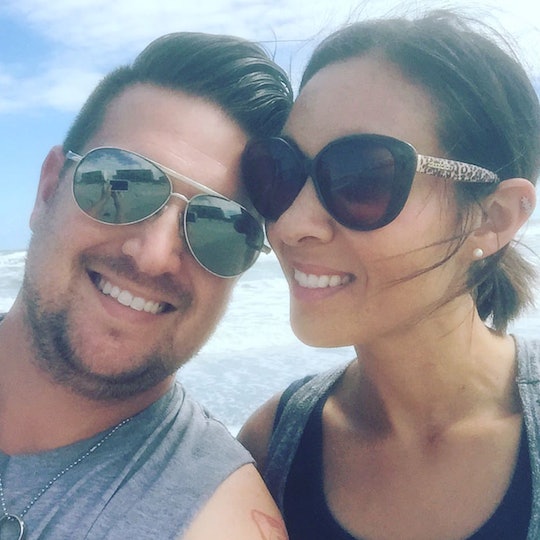 7 Things My Partner Should Remember About Our Pregnancy Loss

When you lose a baby, everything changes. It doesn't matter how far along you are when the loss occurs, because loss is loss. Grief and pain are part of the whole process as you navigate your new normal, however unexpected that "normal" may be. I've lost two pregnancies, and though everyone else may forget what I went through, there are things I want my partner to remember about our pregnancy loss that will never, ever escape me. They were his losses, too, but it often feels as though I'm alone on this forever road of healing.

It was late in the summer of 2009 when the pregnancy test I took came out positive. My partner and I had been trying to conceive for under a year. We had no solid reason to believe, at this point, we wouldn't be successful in making a baby, especially since we'd already had my daughter in 2006. Even though that first pregnancy was difficult and plagued with significant health issues, such as a previous diagnosis of Polycystic Ovarian Syndrome (PCOS) and hypertension (that forced me to bedrest and, ultimately, induction), everything was relatively "normal." My baby came out healthy and thriving (albeit slightly jaundiced), so we knew we'd eventually want to give her a sibling.

Then the time came to "try," my doctor warned me it may take longer than usual due to having been on birth control since my daughter's birth. So, I braced myself for the wait. So, the day that pregnancy test came out positive, we were thrilled. It happened faster than anticipated and it felt like the pieces of our life together were falling into place. Then, when I went in for my first appointment, I received the news that there was no heartbeat detected. I still remember the way the technician avoided eye contact and dodged my questions as she guided me into the corner room to wait for the doctor. During those first moments, after he pushed open the door, I couldn't tell you what he said aside from "I'm sorry." I only really remember his hand on my shoulder, the weight of it grounding me into the moment I was told my baby was dead. The rest became a fog it took months to find my way out of.

We didn't stop trying for a baby but, through the grief, our relationship (however strengthened by the bond of loss), experienced new hurdles. I became obsessed with conception. The more time that passed, the more depressed I was. I had this beautiful little girl looking to me but I couldn't get past whatever would've become of that baby we lost. Then, New Year's Day 2011, I miscarried again. This time, I didn't even know I was pregnant. It was so early, there were no symptoms to note. By this point, my partner and I decided maybe we weren't meant to have another, so for the time being, we let it go. Not even six weeks later, I'd become pregnant again with my son, our precious rainbow baby. Funny how life works.

Through everything I went through, I'm grateful to be where I am today. Even with a stronger marriage with my partner, and two gorgeous kids, I still mourn those two losses. I didn't have to meet those babies to miss them, and the pain of losing them will never really go away. Here are some things I want my partner to remember about those losses because to forget is to pretend they didn't happen. That's not something I'll ever be OK with.