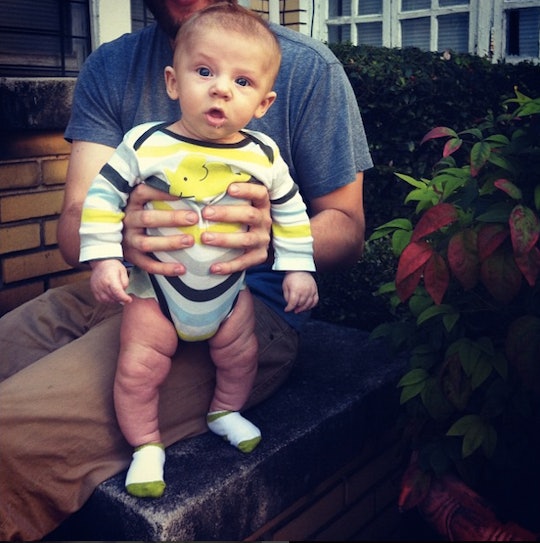 I use many, many words that my child does not yet understand. I mean, he’s a toddler with a vocabulary of, like, eight words, so there are plenty of things that I say that fall into this category. Still, I say them anyway, as do most parents I suspect, so that our kiddos can learn how language works and get a feel for words and talking and all that jazz. I know that he probably understands more than I think he does, but his dad and I still feel pretty smart when we say things like “it’s time for his mid-day sustenance” instead of “lunch” since “lunch” will send him running to his high-chair before his meatballs are heated all the way through.

That said (ha!), I occasionally say things to him that actually aren’t meant for him at all. They’re meant for the adults within ear-range, so they are aware that I’m trying to teach my toddler about manners and respecting other people’s property. While he’s not totally down with OPP yet (and let’s be real, we’ve got a way to go still), at least trying to give him a preview of what manners look like can’t hurt, right? Basically, about half of what I say to my child is not actually said in an earnest attempt to communicate with him — I'm saying it so that some adult(s) around me will hear what I'm saying to him and respond accordingly. Whether the response I want is "help" or "an absence of their judgment" depends on the situation, but regardless, chances are, if you are in close proximity to me and my too-young-to-understand-much kid, most of what I'm saying is for your benefit. Maybe I'm being passive-aggressive, or maybe I just want you to think I'm a good mom. Maybe both! What a time to be alive.

Here’s a handy dandy list of some of the common utterances that I fall back on over and over again.