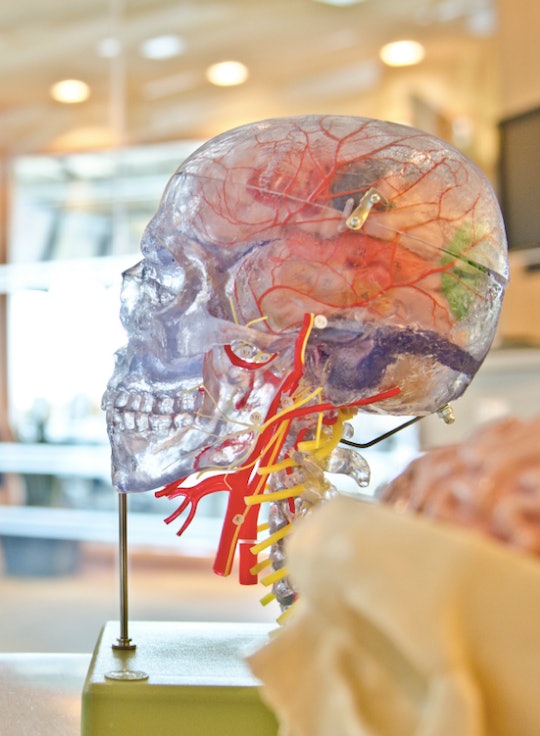 If you're lucky enough to have daily sex, I'm sure brain function is the last thing on your mind. You're probably blissed out and feeling yourself in every major way. And you should, because daily sex is quite a big deal. But because your brain is the real pleasure center of operation "you," you shouldn't be surprised about the things that happen to your brain when you have sex everyday.

Although there are no real explanations for why your brain shuts off when you're having a lot of sex, tuning out is a definite side effect. CBS Local reported that a 54 year-old woman had sex with her husband, and then developed amnesia for 24 hours. Georgetown University Hospital diagnosed the woman with sex-induced transient global amnesia. How and why did this happen? Boning. Some scientists theorize that contracting your abdomen during sex creates an excess of de-oxygenated blood in your brain, but that's just a theory. So, really when you're having lots of sex, you can tell people that you're not thinking with your crotch, you're thinking with your brain, and there's science to prove it. On the other hand, who cares what other people have to say; you're having sex everyday. But as awesome as this is, the scientific side-effects should be examined. Here are just some of the things that happen to your brain when you're getting down on the daily.