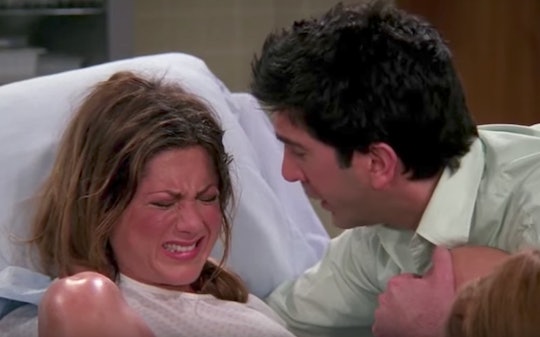 I have endured the wrath of labor and delivery twice while my darling partner did and said whatever the hell he wanted. Now, I can forgive him the first time around. After all, he didn't know how to behave or what to say. But five years later, when we had our second, he was seasoned and should've known better. In fact, the things that'll never come out of a grown-ass man's mouth during labor should have been embedded into his subconscious to the point that it would've been damn near impossible for him to piss of the pregnant woman in labor (read: me).

I'm pretty sure my partner has learned by now, at least, that there are certain times when you should absolutely keep your mouth closed and your thoughts to yourself. Still, and even during my second shot at labor and delivery, he didn't seem to get it back then. It's not because he's ignorant, but because he doesn't always think before words fly out of his mouth. It doesn't take long for the damage to be done, though, especially when a human being is exiting your body.

In all our 13 years together my sweetheart has said a lot of dumb stuff. Forgivable, of course, but dumb. As a result, I've grown somewhat accustomed to letting a lot of things slide. But not when I'm in labor. Sorry, but no. Never. So with that in mind, here are some of the things no grown-ass man says in the delivery room, unless he wants kicked out.

More Like This
Fun, Sexy Maternity Lingerie, For When The Mood Strikes
5 Superstitions About Babies Born On Valentine’s Day
Why Does My Baby Cough While Breastfeeding? Experts Explain
22 Valentine's Day Pregnancy Announcement Ideas Sweeter Than Candy
What Parents Are Talking About — Delivered Straight To Your Inbox