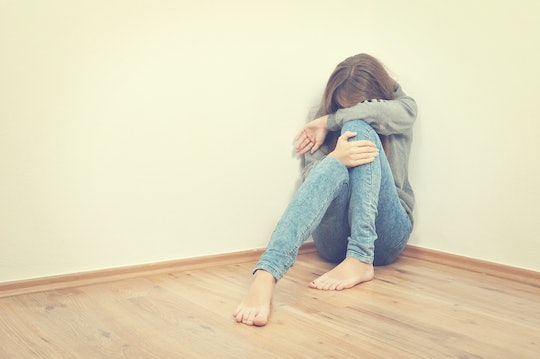 My friend paused, and took a sip of her mimosa. She looked down, and furled her bottom lip. “I miscarried last year,” she said, “I had a boyfriend, and I got pregnant. And we were ready to raise the baby, and I was going to have it.” I tried not to look shocked. The news was indeed jilting. But, I didn’t want to appear awkward or uncomfortable. As a mother myself, you’d think I’d know the things to do to support a woman that had a miscarriage. But my mind drew a blank. So I said the first thing that came to my mind.

“16 weeks,” she said. Four months along. That’s around the time you find out the sex of the baby, the time you start showing. You buy maternity clothes. You tell your job. You announce it to your extended family.

My friend went on to describe the grueling process of eliminating a baby. But, as I sat across the table from my friend — watching her heartbreakingly and candidly explain what happened — I couldn’t focus on a word she said. No, I was too busy worrying about what I was going to say next. How I was feeling awkward and uncomfortable with this conversation. I was too consumed by my icky feelings about death.

I’m ashamed to say that I abruptly changed the subject after my poor friend spilled her guts. I silenced her. I shut her up, to make myself feel better. Honestly, I don’t even know why she still talks to me. I failed horribly. I clammed up. There are so many reasons people have the same reaction as I did. The clamming up reaction. Out-of-order death feels so wrong. It feels “unnatural”. It feels like it shouldn’t happen.

In confessing my utter neglect towards my friend, I was connected to Dr. Jessica Zucker, a clinical psychologist specializing in women’s reproductive and maternal health. She’s also a mom that has experienced a second trimester miscarriage. When she miscarried, she was so thankful for the friends that were there for her, but she was also shocked and admittedly hurt, by the inaction of so many in her perceived support circle. Zucker channeled those feelings, to create pregnancy loss cards and the hashtag campaign #ihadamiscarriage as a way to get people talking, sharing and connecting about miscarriage. She designed the cards for people, like me, or maybe even you, who never seem to know what to do or say in situations of loss, death and grief. Especially, when the death is “out-of-order.”

As Zucker and I talked about her loss and her cards, we also discussed the best ways to help a friend cope with a miscarriage. I.e. everything I wish I had said. Here are seven things you can do to support a friend after a pregnancy loss.