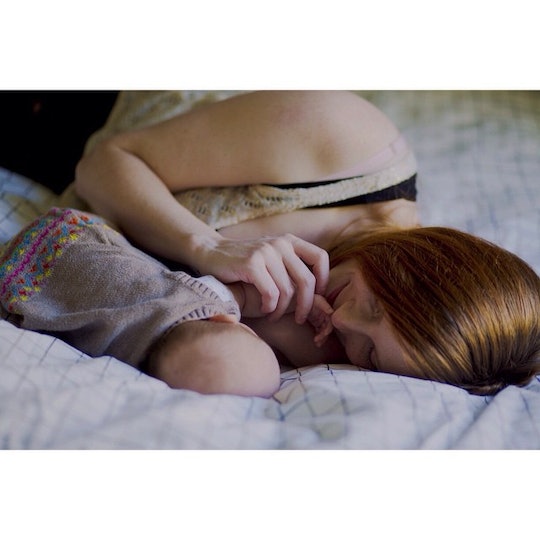 7 Things You Miss About Breastfeeding When It's Over

So much of the (weird and annoying and unnecessary) controversy surrounding breastfeeding not only involves nutrition, but what defines appropriate breastfeeding etiquette. It seems that most everyone has an opinion and many insist on sharing their input on when, where, and how long moms should breastfeed. They are getting so caught up in the logistics and nitty-gritty details, that they miss the big picture: Breastfeeding can not only nourish a kid, but it can be a wondrously primal and unparalleled bond between that kid and its mom, and also that if someone chooses to breastfeed, how and when they do it should really just be left up to the two people on either end of the boob.

Between my two children, I have breastfed for a total of 42 months thus far, or about 3.5 years. To some, this extended breastfeeding might solidify my status as a card-carrying freak of nature—I’m OK with that. I’ll let that so-called freak flag fly high because obviously this judgement is misplaced and unwarranted, and frankly, it's almost nice when people judge my breastfeeding choices because it saves me the trouble of having to waste energy figuring out if those are people I want to be friends with. In any case, the breastfeeding relationship was hard-earned: I battled clogged ducts, mastitis, poor latches, tongue ties, and even a breast cancer scare.

After all that hard work—and possibly because of it—the outcome of being able to successfully breastfeed for as long as I choose to do so has been nothing short of magical. Still, it's amazing how many people ask me when I plan to be done. Like, hey, yo: I worked so hard at this—can we chill for a minute before asking me when I'm going to walk away from it? Also, it's not as if I have a secret date circled on my day planner. For now, there is no such date.

That said, the end will come, and there will be wonderful and also sad aspects to that. (I think one of the things that makes me love breastfeeding so much is knowing that it's not going to last forever. This is a finite time in my relationship with my kids, and it'll never happen again, so yes, I'm well aware that it's going to stop eventually.)

For those people for whom breastfeeding was hard or impossible or just not something they wanted to do: Respect. You don't have to do it, and you don't have to love it even if you do. But for those of us who do breastfeed, and do love it, there are just too many sweet memories that we miss when this chapter of our lives comes to an end.